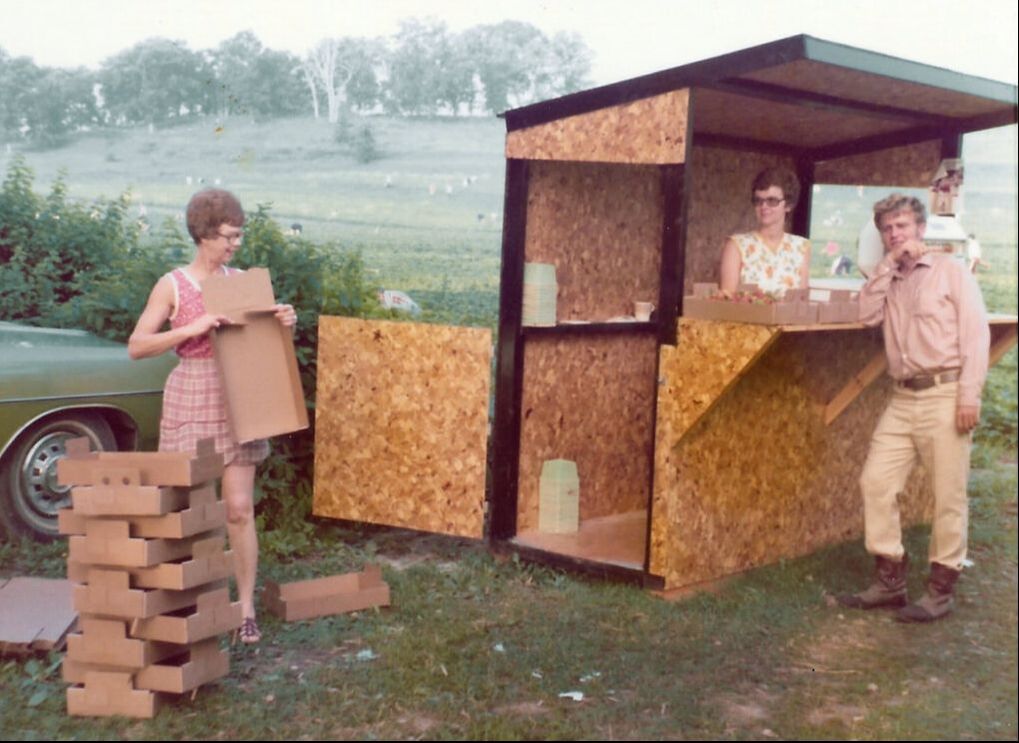 Our farm has truly been a family farm for 164 years. It is located in the rolling hills of southeastern Minnesota, in the driftless zone. The farm was settled in 1856 by Knut Wold. Knut and his wife Bergit had 11 children, including Henry, who was born in 1872.  Henry married Emma Tommeraasen in 1910 and raised four daughters and one son, named Hildus. In 1940 Hildus married Jane Erickson and raised two sons, Wayne and Barry, and a daughter, Susan. Together as a family they farmed the land.

​​In 1964 Wayne married his high school sweetheart,  Janet Glasrud. They returned to the farm in 1972 and began growing strawberries and raising their three daughters: Melissa, Lara, and Suzanne. With the girls underfoot (and eventually helping), the strictly pick-your-own operation grew and the interest in strawberries from local markets increased, prompting much of the production to shift to pre-picked. Over the years we've adapted to the evolving needs, but no matter how many changes occur, the farm has always relied on the family as the major work force. In addition, we employ many of the local kids, and folks from the neighboring towns and Amish community.